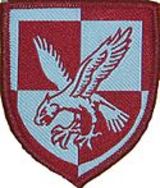 It was formed as part of the defence reforms implemented by the Strategic Defence Review on 1 September 1999 by the merging of 24 Airmobile Brigade and elements of 5th Airborne Brigade. This grouping created a highly mobile brigade of parachute units and airmobile units which employ helicopters.

As the British Army's rapid response formation, 16 Air Assault Brigade has served in the vanguard of all the Army's recent operational deployments to Sierra Leone, Macedonia, Iraq and Afghanistan, and is the largest brigade in the British Army with 8,000 personnel. Its structure makes it a highly flexible and capable unit. It comprises a Formation Reconnaissance Squadron, an artillery regiment with an attached air defence battery, an engineer regiment, two parachute infantry battalions and two air assault infantry battalions, three aviation regiments, logistics, medical and mechanical engineering regiments or battalions and the Pathfinder group.

The brigade HQ is based in Colchester Garrison and is under the operational command of the tri-service Joint Helicopter Command (JHC) and is assigned to the British-led Allied......
Read More