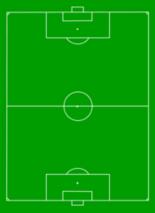 During the summer of 1898, Thames Ironworks became a professional outfit for the first time, to match their new status as new members of the Southern League. It was a decision reluctantly taken by Ironworks chairman Arnold Hills, who had always believed in the classical ideal of competitive sport being for its own sake. But with the success the club had been enjoying, together with the increased crowds at their Memorial Grounds venue, he relented, and was quoted as saying "It may be necessary to introduce a little ferment of professional experience to leaven the heavy lump."

New signings came thick and fast and included the controversial capture of goalkeeper Tommy Moore from arch-rivals Millwall. This meant that there would be no place for keeper George Furnell in the squad, and he was allowed to transfer to Hammersmith Athletic. The team further strengthened defensively with the signing of George Neill from West Norwood, full-backs Tommy Dunn and Arthur Marjeram from Chatham and Swanscombe respectively and Scottish left-half Roddy McEachrane, who had played for Inverness Thistle alongside Irons wing-half Simon Chisholm, and...
Read More