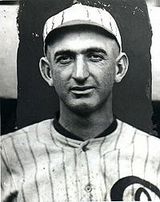 In 1921, eight players from the White Sox—including superstar Shoeless Joe Jackson—were banned from organized baseball for fixing the series (or having knowledge about the fix).

The Chicago White Sox of 1919 were one of baseball's glamour teams. Using most of the same players, they had won the 1917 World Series over the New York Giants in a convincing manner, by four games to two. They had fallen to sixth place in the American League in 1918, largely as a result to losing their best player Shoeless Joe Jackson, along with a few others, to World War I service. Team owner Charlie Comiskey fired manager Pants Rowland after the season,...
Read More