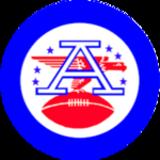 The season also saw the debut of the Miami Dolphins. This gave the AFL 9 teams (odd number).

The season ended when the Kansas City Chiefs defeated the Buffalo Bills in the AFL Championship game, only to be defeated by the National Football League's Green Bay Packers in the first ever AFL-NFL World Championship Game which is now known as the Super Bowl.

With the addition of Miami, the AFL had 9 teams, grouped into two divisions, and still played a 14 game schedule. With 8 clubs, each one had played a home-and-away game against the other 7 teams. All nine teams faced each other at least once, and each team would play six others twice. Though Boston and Miami were both in the Eastern Division, they met only once that season, on November 27 (each team played Western Division teams Kansas City and Denver twice, while Boston also played San Diego twice and Miami played Oakland twice --- meaning that the Patriots and Dolphins each had a schedule that called for them to face three non-division opponents more often than they played a divisional opponent). The best team in the Eastern Division would play against the best in the Western Division in a championship game. If there was tie in the...
Read More