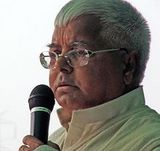 Description:
The 2007 Samjhauta Express bombings were a terrorist attack that occurred around midnight on 18 February 2007 on the Samjhauta Express, a twice-weekly train service connecting Delhi, India, and Lahore, Pakistan. Bombs were set off in two carriages, both filled with passengers, just after the train passed Diwana station near the Indian city of Panipat, 80&nbsp;kilometres (50&nbsp;miles) north of New Delhi. Of the 68 fatalities, most were Pakistani civilians, but the victims included some Indian civilians and Indian military personnel guarding the train.

Investigators subsequently found evidence of suitcases with improvised explosive devices (IEDs) and flammable material, including three undetonated IEDs. Inside one of the suitcases containing the undetonated IEDs, a digital timer encased in transparent plastic was packed alongside a dozen plastic bottles containing fuel oils and chemicals. After the bombings, eight unaffected carriages were allowed to continue onwards to Lahore with passengers.

Both the Indian and Pakistani governments condemned the attack, and officials on both sides speculated that the...
Read More