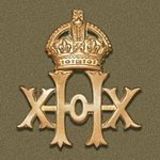 History of the 20th Hussars

This was followed by the 20th (Jamaica) Regiment of (Light) Dragoons raised in 1792. The regiment served in Jamaica during the Maroon War, 1795-6. It subsequently performed much varied and gallant service. Part of it was present at the capture of the Cape of Good Hope in 1806 and was subsequently employed in South America at Montevideo and Buenos Aires. A portion of the regiment also took part in the descent on Calabria, and was present at the battle of Maida. In 1807 the 3rd Squadron was the sole cavalry detachment present in the Alexandria expedition of 1807. It went to Portugal in 1808, and was much distinguished at Vimiero, where its conduct elicited the warmest praise from Sir Arthur Wellesley. It was also at the capture of Genoa in 1814.In 1805 it was just the 20th Regiment of (Light) Dragoons and was disbanded in 1818.

Formed in 1858, the 2nd Bengal European Light Cavalry was one of the regiments of the...
Read More