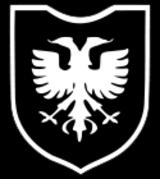 Description:
The 21st Division of the SS Skanderbeg was a Mountain division of the SS set up by Heinrich Himmler in March 1944, officially under the title of the 21. Waffen-Gebirgs Division der SS Skanderbeg' (Albanische Nr. 1). It was named after George Kastrioti Skanderbeg, the national hero of Albanians who resisted Ottoman invasion for 25 years.

The 21st Division of the SS Skanderbeg was created following the Nazi invasion of Kingdom of Yugoslavia in 1941. Throughout 1942 and 1943 both the Wehrmacht and SS sought to utilise local manpower to maintain law and order, and fight off Yugoslav Partisan and communist Albanian Resistance activity in the region. For their part Albanian leaders hoped to form an "army, which will be able to safeguard the borders of Kosovo and Metohija and liberate the surrounding regions"

In 1943 a number of Albanians from Kosovo and the Sandžak region were recruited into the Handschar Division. They were teamed up into Battalion I/2 (later I/28) and received first rate training in Neuhammer, Germany. This was perhaps the best trained and equipped Nazi Albanian military formation during the war but, ironically, it was transferred directly from combat in Bosnia to Kosovo via rail on 17 April 1944 following the creation of Skanderbeg. The head of Waffen SS...
Read More