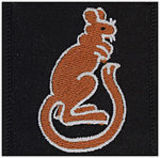 The brigade was raised from garrison troops stationed in North Africa in 1938. It was initially known as the Light Armoured Brigade which was part of the Mobile Division in Egypt.

The Second World War broke out in September 1939, Britain and France declaring war on Germany after its invasion of Poland. Italy launched an invasion of British-controlled Egypt shortly after entering the war on Germany's side in June 1940.

The brigade fought in many of the major battles in North Africa, including Operation Crusader in November, fighting at Sidi Rezegh to try to relieve the Commonwealth forces in the port of Tobruk, besieged by Axis forces. The operation was the third attempt by the Allies to break the siege and was...
Read More