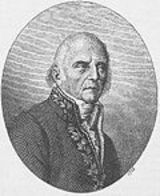 Description:
Adaptation is the evolutionary process whereby a population becomes better suited to its habitat.The Oxford Dictionary of Science defines adaptation as "Any change in the structure or functioning of an organism that makes it better suited to its environment".Patterson C. 1999. Evolution. Natural History Museum, London. p1

The term adaptation may also refer to a feature which is especially important for an organism's survival and reproduction.Both uses of the term 'adaptation' are recognized by King R.C. Stansfield W.D. and Mulligan P. 2006. A dictionary of genetics. Oxford, 7th ed. For example, the adaptation of horses' teeth to the grinding of grass, or their ability to run fast and escape predators. Such adaptations are produced in a variable population by the better suited forms reproducing more successfully, that is, by natural selection.

Adaptation is, first of all, a process, rather than a physical part of a body. An internal parasite (such as a fluke) can illustrate the distinction: such a parasite may have a very simple bodily structure, but nevertheless the organism is highly adapted to its specific environment. From this we see that adaptation is not just a matter of visible traits: in such parasites...
Read More