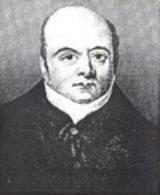 Description:
The African Meeting House, also known variously as First African Baptist Church, First Independent Baptist Church and the Belknap Street Church, was built in 1806 and is now the oldest black church edifice still standing in the United States. It is located in the Beacon Hill neighborhood of Boston, Massachusetts, adjacent to the African American Abiel Smith School. It is a National Historic Landmark.

Before 1805, although black Bostonians could attend white churches, they generally faced discrimination. They were assigned seats only in the balconies and were not given voting privileges.

Thomas Paul, an African American preacher from New Hampshire, led worship meetings for blacks at Faneuil Hall. Paul, with twenty of his members, officially formed the First African Baptist Church on August 8, 1805. In the same year, land was purchased for a building. The African Meeting House, as it came to be commonly called, was completed the next year. At the public dedication on December 6, 1806, the floor level pews were reserved for all those "benevolently disposed to the Africans," while the black members sat in the balcony of their new meeting house.

The African Meeting House was constructed almost entirely with black labor. Funds for the project were raised in both the white and black communities. Cato Gardner, a native of Africa, was responsible for raising more than $1,500 toward the total $7,700 to complete the meeting house. A commemorative inscription...
Read More