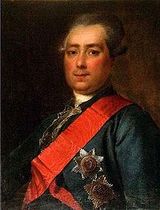 He began his career at the age of fifteen in the Izmailovsky regiment of the Guards. In 1759, his uncle, the grand chancellor Mikhail Illarionovich Vorontsov, sent him to Strasbourg, Paris and Madrid to train him in diplomacy. Under Peter III, who was in love with his sister Elizabeth, he represented Russia for a short time at the court of St James's. Catherine II created him a senator and president of the Board of Trade; but she never liked him, and ultimately (1791) compelled him to retire from public life.

In 1802, Alexander&nbsp;I summoned him back to office and appointed him imperial chancellor. This was the period of the triumph of the Vorontsovs, who had always insisted on the necessity of a close union with Austria and Great Britain, in opposition to Nikita Panin and his followers, who had leaned on France or Prussia till the outbreak of the French Revolution made friendship with France impossible.

Vorontsov was also an implacable opponent of Napoleon Bonaparte, whose "topsy-turvyness" he was never weary of denouncing. The rupture with Napoleon in 1803 is mainly attributable to him. He also took a leading part in the internal administration and was in favour of a thorough reform of the Governing Senate and the ministries. He retired in 1804. A lifelong bachelor, he possessed an extraordinary memory...
Read More