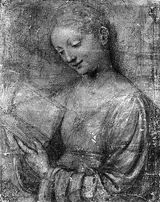 Alfonso I D'Este, Duke Of Ferrara

Alfonso I d'Este, Duke of Ferrara

He was the son of Ercole I d'Este and Leonora of Naples.In the first year of his rule he uncovered a plot by his brother Ferrante and half-brother Giulio d'Este, directed against him and his other brother Ippolito. In September 1506 a trial for lèse majesté and high treason was held and, as expected, the death sentence was passed, but just as Ferrante and Giulio were about to mount the gallows they were informed that the duke had commuted their sentence to life imprisonment. They were led away to two cells in the Torre dei Leoni. Ferrante died in his cell after 34 years of imprisonment, while Giulio held on until he was pardoned in 1559, after 53 years of imprisonment. After his release, Giulio was ridiculed in the streets of Ferrara for his outdated clothes and died in 1561.

In the Italian Wars Alfonso preserved his precarious position among the contending powers by flexibility and vigilance and the unrivalled fortifications of Ferrara; he entered the League of Cambrai against Venice and remained an ally of Louis XII of France even after Pope Julius II had made peace with Venice; when the Bolognesi rebelled against Julius and toppled Michelangelo's bronze statue of the Pope from above the gate, Alfonso received the shards and recast them as a cannon named La Giulia, which he set on the ramparts of the castello: in 1510 Julius......
Read More