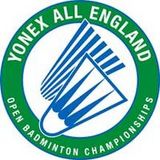 Description:
The All England Open Badminton Championships, or simply All England, is one of the world's oldest and most prestigious badminton tournaments. Played annually, it developed after the success of world's first badminton tournament held in Guildford in 1898. The tournament was successfully organised on April 4, 1899, however only three categories (Men's Doubles, Women's Doubles and Mixed Doubles) were originally staged. Both Men's and Women's Singles were added the following year. The first three tournaments were named "The Open English Championships". It was eventually considered (especially after the first Thomas Cup series in 1949) the unofficial World Badminton Championships until 1977 when the International Badminton Federation launched its official championships. Since 1984 the tournament has been exclusively sponsored by Yonex.

Historical venues for the Championships

The tournament has outgrown eight venues, and is now played at the National Indoor Arena, Birmingham.

Below is the list of the past winners in this 21st century.

Below is the list of the most ever successful players in the All England Open Badminton Championships: