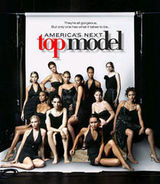 This was the only season to feature a cast of 12 contestants. The international destination for the cycle was Milan, Italy. The winner won a contract with IMG Models, a fashion spread within Jane magazine, and a cosmetics campaign with Sephora.

The winner was 23 year old Yoanna House from Jacksonville, Florida.

This was also the first appearance of Nigel Barker participated as judge.

The Girl Who Overslept

The girls were picked up on a bus in New York where they met each other and started sizing up the competition.

They are surprized to find themselves showing up on a U.S. Navy ship, were they meet Tyra and find out this is where they have their first runway show. Tyra commented, "They really didn't know what they were doing."

The first photo shoot was a Garden of Eden-themed nude shoot for Fresh Look contact lenses, in which the women wore only sequins and body paint. One contestant, Anna, decided not to participate because, she said, it would insult her husband and child back home. Another, Jenascia overslept and arrived late for the shoot, despite other girls promises to wake the contestants when needed.