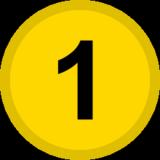 Description:
The men's 400 metres hurdles was one of 23 track events of athletics at the 2004 Summer Olympics, in Athens. It was contested at the Athens Olympic Stadium, from August 23 to August 26, by a total of 35 athletes from 24 nations.

In a first round, the first four runners from each of the five heats, together with the four fastest losing runners from all heats (5×4+4=24), automatically qualified for the semifinals. In the semifinals, these 24 runners competed in three heats, with the first two from each heat and the two fastest losing runners advancing to the final (3×2+2=8).

The Olympic qualification period for the athletics ran from January 1, 2003 to August 9, 2004. For this event, each National Olympic Committee (NOC) was permitted to enter up to three athletes, provided they had run below 49.20 seconds during this period in IAAF-sanctioned meetings or tournaments. If an NOC had no athletes qualified under this standard, it could enter up to one athlete that had run below 49.50 seconds.

These are the standing world and Olympic records (in seconds) prior to the 2004 Summer Olympics.

All times shown are in seconds. The following abbreviations are used:

The first round was held on August 23. The first four runners of each...
Read More