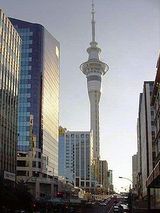 Description:
<!-- this image is forced to the infobox width -->

Auckland City was, together with its neighbouring cities, part of the Greater Auckland area. As the term 'Auckland' may have referred to the local authority alone, to the whole metropolitan area, or even to the broader region, this may have led to ambiguity, since people from other parts of New Zealand or from overseas often did not draw any distinction; especially now that the metropolitan area has been amalgamated. In 2009, Auckland was rated the fourth-best place to live in the world, in human resources consultancy Mercer's annual survey.Mercer — , 28 April 2009