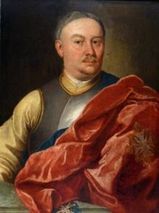 Description:
The Polish Baroque lasted from the late 16th to the mid-18th century. As with Baroque style elsewhere in Europe, Poland's Baroque emphasized the richness and triumphant power of contemporary art forms. In contrast to the previous, Renaissance style which sought to depict the beauty and harmony of nature, Baroque artists strove to create their own vision of the world. The result was manifold, regarded by some critics as grand and dramatic, but sometimes also chaotic and disharmonious and tinged with affectation and religious exaltation, thus reflecting the turbulent times of the 17th-century Europe.

The Polish Baroque was influenced by Sarmatism, the culture of the Polish nobility (szlachta).Michael J. Mikoś, Polish Baroque and Enlightenment Literature: An Anthology. Ed. Michael J. Mikoś. Columbus, Ohio/Bloomington, Indiana: Slavica Publishers. 1996. 104-108. ISBN 0-89357-266-7 "East" refers here to the Oriental culture of the Ottoman Empire, not the culture of the Orthodox Muscovy. Those Oriental influences stemmed from a large border shared by Poland with the Ottoman Empire, and it frequent invasions.

Sarmatist thought had praised the idyllic countryside-existence, and the liberal Golden Freedom of the nobility, which stood against the......
Read More