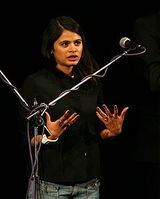 Description:
Be Kind Rewind is a 2008 American comedy film with dramatic elements from New Line Cinema, written and directed by Michel Gondry and starring Jack Black, Mos Def, Melonie Diaz, Danny Glover and Mia Farrow. The film first appeared on January 20, 2008 at the 2008 Sundance Film Festival. It was later shown at the Berlin International Film Festival. The film opened on February 22, 2008 in the United Kingdom and in North America.

The title is inspired by a phrase that was commonly displayed on VHS rental tapes during the medium's heyday.

In Passaic, New Jersey, the declining "Be Kind Rewind" VHS rental store owned by Mr. Fletcher (Danny Glover) is due to be demolished to make way for high-end development (due in large part to the refusal of Mr. Fletcher to rent out DVDs) unless he can find the money to renovate his building, despite his claims that jazz pianist Fats Waller was born in that building (Waller was actually born in Harlem on May 21, 1904). Mr. Fletcher leaves on a trip for several days to join friends and memorialize Waller, leaving his only employee, Mike (Mos Def), to tend to the store. Before leaving Mr. Fletcher cautions Mike to keep his paranoid and klutzy friend, Jerry (Jack Black), away from the store. After attempting to sabotage a nearby electrical substation, believing its energy to be melting his brain, Jerry becomes magnetized, and when he enters the store the next day, he inadvertently erases...
Read More