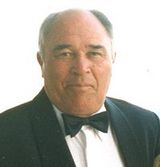 Perry, an outside-left, signed for Blackpool in 1949 after being recommended to the club by scout Billy Butler, who coached him at Johannesburg Rangers.

Perry made his league debut for Blackpool on 18 March 1950, in a win at Manchester United. The following season, his FA Cup semi-final replay goal against Birmingham City helped put Blackpool into the Final against Newcastle United.

Perry's most notable achievement was scoring the injury-time winner in the 1953 FA Cup Final against Bolton, cementing a comeback from 1-3 to 4-3 thanks to an earlier Stan Mortensen hat-trick. As in 1951, his semi-final goal, this time against Tottenham Hotspur, sent Blackpool on their way to Wembley.

During the 1955-56 season, Perry scored twenty goals (a record for a winger) (including a hat-trick in the first of two West Lancashire derbies in the space of twenty-four hours) to help Blackpool to their highest-ever league position of runners-up in Division One.

A cartilage operation virtually ended Perry's playing career, and after being in and out of the side, he was transfer-listed in the summer of 1962.

Southport came in for his services, where he played 26 games from August 1962...
Read More