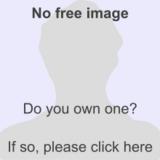 Description:
Bill Ritter (born February 26, 1950) is an American television news anchor and journalist. Bill Ritter was named co-anchor of Eyewitness News at 6 p.m. in February 2001. Ritter, who has been the co-anchor of the 11 p.m. news since September 1999, is also a correspondent for the ABC News program 20/20. He started at Eyewitness News in the summer of 1998 as a weekend anchor.

For Eyewitness News, Bill traveled to Israel the week before the start of the war in Iraq, to find out how Israelis and Palestinians were preparing for a possible military conflict 500 miles from their land.

Bill has investigated drug use among teenaged Orthodox Jews in Brooklyn, and looked into problems with the dramatic increase in the number of building scaffoldings in New York. Bill also covers fire safety and prevention for Eyewitness News, and hosts the annual "Operation 7 Save A Life" a special and campaign. Bill has climbed the Empire State Building, tagging along with the man who repairs and replaces the broadcast antennas on top of New York's tallest skyscraper. And, for the first time on live television, Bill was tested for prostate cancer. As part of the test, Bill also interviewed New York's most famous prostate cancer patient: former Mayor Rudy Giuliani.

Bill writes a daily column, Behind the News with Bill Ritter, which previews the 11 pm edition of Eyewitness News. It's sent via e-mail, and regularly offers insights into how we gather the news.