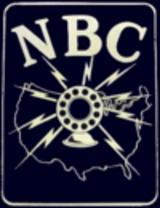 Description:
The Blue Network, and its immediate predecessor, the NBC Blue Network, were the on-air names of an American radio production and distribution service from 1927 to 1945. Tracing its formal origins back to 1927 as one of the two radio networks owned by the National Broadcasting Company, the Blue Network was born of a divestiture in 1942, arising from anti-trust litigation, and is the direct predecessor of the American Broadcasting Company.

The Blue Network can be dated to 1923, when the Radio Corporation of America acquired WJZ, Newark from Westinghouse (which had created the station in 1921) and moved it to New York City in May of that year. When RCA commenced operations of WRC, Washington on August 1, 1923, the root of a network was born, though it did not operate under the name by which it would later become known. Radio historian Elizabeth McLeod states that it would not be until 1924 that the "Radio Group" formally began network operations.

The core stations of the "Radio Group" were RCA's stations WJZ and WRC; the Westinghouse station WBZ, then in Springfield, Massachusetts; and WGY, the General Electric...
Read More