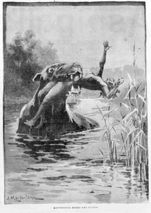 Description:
The term Bunyip aristocracy is an Australian term satirising attempts to develop an aristocracy in the colonies now forming that country.

It was first coined in 1853 by Daniel Deniehy who made a speech lambasting the attempt by William Wentworth to establish a titled aristocracy in the New South Wales government. This speech came to be known as the Bunyip Aristocracy speech.

Deniehy made speeches opposing the new self titled Australian aristocracy in the Victorian theatre and on the soapbox at Circular Quay.

In response to Wentworth's proposal to create an hereditary peerage in New South Wales, Deniehy's satirical comments included: "Here, we all know the common water mole was transferred into the duck-billed platypus, and in some distant emulation of this degeneration, I suppose we are to be favoured with a "bunyip aristocracy." (The bunyip is an Ancestral Being of Aboriginal Dreaming.) Deniehy's ridicule caused the idea to be dropped.

Among those singled out in his speech by Deniehy was James MacArthur (1798–1867), the son of John MacArthur, who had been nominated to the New South Wales Legislative Council in 1839 and was later (1859) elected to the New South Wales Legislative Assembly (the lower house was only created in 1856): <blockquote>Next came the native aristocrat James MacArthur, he would he supposed, aspire to the coronet of an earl, he would call him the Earl of Camden, and he suggests for his coat of arms a field vert, the heraldic term for......
Read More