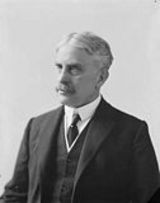 Description:
The 1917 Canadian federal election (sometimes referred to as the khaki election) was held on December 17, 1917, to elect members of the Canadian House of Commons of the 13th Parliament of Canada. Described by historian Michael Bliss as the "most bitter election in Canadian history", it was fought mainly over the issue of conscription (see Conscription Crisis of 1917). The election resulted in Prime Minister Sir Robert Borden's Unionist government elected with a strong majority, and the largest percent share of the popular vote for a single party in Canadian history.

The previous election had been held in 1911, and was won by Borden's Conservatives. Under the elections law, Canada should have had an election in 1916. However citing the emergency of the First World War, the government postponed the election, largely in hope that a coalition government could be formed, as was the case in Britain.

Sir Wilfrid Laurier, head of the Liberal Party of Canada, refused to join the coalition over the issue of conscription. Conscription was strongly opposed in the Liberal heartland of Quebec. Laurier worried that agreeing to Borden's coalition offer would cause that province to abandon the Liberals, and perhaps Canada as well. Borden proceeded to form a "Unionist" government, and the Liberal Party split over the issue. Many English Canadian Liberal MPs and provincial Liberal parties in English Canada supported the new Unionist government.

To ensure victory for...
Read More