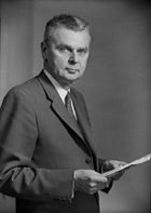 Description:
The Canadian federal election of 1962 was held on June 18, 1962 to elect members of the Canadian House of Commons of the 25th Parliament of Canada. When the election was called, the Progressive Conservative Party of Canada of Prime Minister John George Diefenbaker had governed for four years with the largest majority in the House of Commons in Canadian history. The Diefenbaker government had introduced reforms to social programs, a Canadian Bill of Rights, and other changes.

This election reduced the Tories to a tenuous minority government as a result of economic difficulties such as high unemployment and a slumping Canadian dollar, as well as unpopular decisions such as the cancellation of the Avro Arrow. Despite the Diefenbaker government's difficulties, the Liberal Party, led by Lester Pearson, was unable to make up enough ground in the election to defeat the government.

The Liberals campaigned under the slogan, "Take a stand for tomorrow", and attempted to portray the Diefenbaker government as "feeble", with a divided cabinet. The Liberals criticized the PCs for their "reckless mismanagement of finances", the slowdown in the Canadian economy, a lack of confidence in government policies, job losses, and a lower standard of living than in 1956. The Liberals also argued that the steep devaluation in the Canadian dollar was increasing the cost of living for Canadians.

The PCs tried to defend the decline in the Canadian dollar by pointing out...
Read More