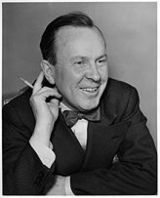 Description:
The Canadian federal election of 1963 was held on April 8 to elect members of the Canadian House of Commons of the 26th Parliament of Canada. It resulted in the defeat of the minority Progressive Conservative (Tory) government of Prime Minister John Diefenbaker.

During the Tories' last year in office, members of the Diefenbaker Cabinet attempt to remove him from the leadership of the party, and therefore from the Prime Minister's office. In addition to concern within the party about Diefenbaker's mercurial style of leadership, there had been a serious split in party ranks over the issue of stationing American nuclear missiles (see Bomarc missile) on Canadian soil for protection from possible Soviet attack. Diefenbaker and his allies opposed this proposal, while many other Conservatives and the opposition Liberal Party were in favour. Minister of National Defence Douglas Harkness resigned from Cabinet on February 4, 1963, because of Diefenbaker's opposition to accepting the missiles. The next day, the government lost two non-confidence motions on the issue, prompting the election.

The Liberal Party of Lester Pearson ran on a platform promising that, if elected, they would begin their term with "60 Days of Decision" on questions such as introducing a new Canadian flag, reforming health care, and a public pension plan, along with other legislative reforms.

Despite winning 41% of the vote, which is usually sufficient for ensuring the election of a majority government, the...
Read More