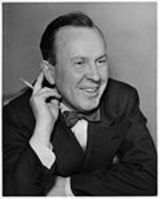 Description:
The Canadian federal election of 1965 was held on November 8 to elect members of the Canadian House of Commons of the 27th Parliament of Canada. The Liberal Party of Prime Minister Lester B. Pearson was re-elected with a larger number of seats in the House. Although the Liberals lost a small share of the popular vote, they were able to win more seats, but fell just short of having a majority.

The Liberals campaigned on their record of having kept the promises made in the 1963 campaign, job creation, lowering income taxes, higher wages, higher family allowances and student loans. They promised to implement a national medicare program by 1967, and the Canada Pension Plan system of public pensions. They urged voters to give them a majority for "five more years of prosperity". The party campaigned under the slogans, "Good Things Happen When a Government Cares About People", and, "For Continued Prosperity".

The Progressive Conservative Party of John Diefenbaker, campaigning with the slogan, "Policies for People, Policies for Progress", lost a small number of seats. Despite losing a second time, Diefenbaker refused to resign as party leader, and was eventually forced from the position by a campaign by the party president Dalton Camp. Diefenbaker ran to succeed himself in the party's 1967 leadership convention, but lost to Robert Stanfield.

Old age pensions were an important issue in this campaign. The Liberal Party pointed to having increased...
Read More