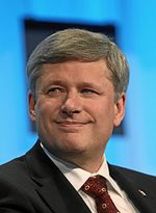 Description:
The 2008 Canadian federal election (more formally, the 40th Canadian General Election) was held on Tuesday, October 14, 2008 to elect members to the Canadian House of Commons of the 40th Canadian Parliament after the previous parliament had been dissolved by the Governor General on September 7, 2008. The election yielded a minority government under the Conservative Party of Canada, led by the incumbent Prime Minister, Stephen Harper.

The election call resulted in the cancellation of four federal by-elections that had been scheduled to occur in September.