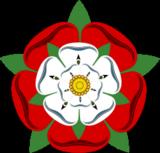 Description:
Catterick Garrison is a major Army base located in Northern England. It is the largest British Army garrison in the world with a population of around 12,000, plus a large temporary population of soldiers, and is larger than its older neighbourCatterick (also known locally as Catterick Village). It is said to be the largest army base in Europe

It is not a single fenced base, but several separate barracks around which a town has developed. The Garrison gained its first large supermarket, a Tesco, in 2000 along with a retail park including a McDonalds. The road signs have been changed to read "Town Centre" instead of "Camp Centre" (which is a roundabout). The Garrison houses both 4 Mech Bde and the Infantry Training Centre (Catterick) where all infantry soldiers receive their basic training. The Garrison has spread out to include four villages which are now almost (generally civilian-occupied) suburbs: Colburn, Scotton, Hipswell and Brough With St Giles

The siting of the Garrison was first recommended by Baden-Powell, the founder of the Scouting movement, in 1908 whilst he was based at the army barracks at that time located in Richmond Castle. army.mod.uk The original name of the base was Richmond Camp before being changed to Catterick Camp in 1915.

Under plans announced by the UK Ministry of Defence in November 2005 the population of Catterick Garrison is expected to grow to over 25,000 by 2020, making it the largest population centre...
Read More