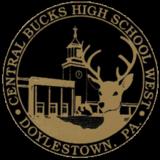 CB West (as well as the other CB high schools, Council Rock, and Centennial School Districts) has a partnership with the Middle Bucks Institute of Technology. This partnership allows students the opportunity to spend half of their school day in traditional classes on the main campus, and half of the day studying their chosen vocation at MBIT. Clusters include, Architecture and Construction, Arts, A/V Technology and Communications, Health Science, Hospitality and Tourism, Human Services, Information Technology, Law, Public Safety and Security, Science, Mathematics, Technology and Engineering, Transportation, Distribution, and Logistics. After completion of the...
Read More