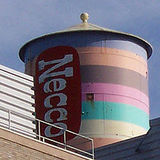 Central Square is known for its wide variety of ethnic restaurants, churches, bars, and live music and theatre venues. It is gentrifying rapidly, and a number of upscale restaurants have opened in the Square. Many startups, including pharmaceutical, videogame and Internet companies, have moved research and office operations into the Square to take advantage of the proximity to MIT,...
Read More