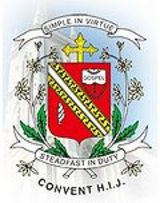 Description:
CHIJ Saint Theresa's Convent is an all-girls Catholic secondary school in Singapore. The school is one of 11 Convent of the Holy Infant Jesus (CHIJ) schools in Singapore.

The school was founded in 1892, and was initially known as CHIJ Kampong Bahru. It began by running Parish classes of the Church of St Theresa, taught by sisters of the Holy Infant Jesus Congregation. It grew to be an integrated school offering teaching in English and Tamil for primary-level students, who generally went on to the "Town Convent" CHIJ at Victoria Street (now CHIJ Toa Payoh) after leaving the school.

After World War II, the English and Tamil sections functioned at separate premises, before the school's present site at Lower Delta Road was purchased in 1948 and a new school building was completed in 1951. In 1952, the school's status was changed from a private school to a government-aided school. The Tamil section was phased out in 1953, and in the late-1950s the school began taking in secondary-level students.

The school's last intake of primary-level students was in 1986, after which the primary classes were phased out and the school became a secondary school.

So with zeal and faith inspireNever did...
Read More