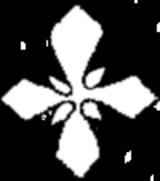 Description:
The Christianization of Scandinavia took place between the 8th and the 12th century. The realms of Scandinavia proper, Denmark, Norway and Sweden, established their own Archdioceses, responsible directly to the Pope, in 1104, 1154 and 1164, respectively. The conversion to Christianity of the Scandinavian people would require more time, since it took additional efforts to establish a network of churches. The Samis remained unconverted until the 18th century.

In fact, although the Scandinavians became nominally Christian, it took considerably longer for actual Christian beliefs to establish themselves among the people. The old indigenous traditions that had provided security and structure since time immemorial were challenged by ideas that were unfamiliar, such as original sin, the Incarnation, and the Trinity. Archaeological excavations of burial sites on the island of Lovön near modern-day Stockholm have shown that the actual Christianization of the people was very slow and took at least 150–200 years, and this was a very central location in the Swedish kingdom. 13th century runic inscriptions from the bustling merchant town of Bergen in Norway show little Christian influence, and one of them appeals to a Valkyrie. At this time, enough knowledge of Norse mythology...
Read More