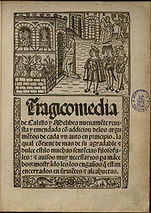 Description:
The culture of Spain is a European culture based on a variety of influences. These include the pre-Roman cultures, mainly the celts and the Iberians cultures; but mainly in the period of Roman influences. In the areas of language and religion, the Ancient Romans left a lasting legacy. The subsequent course of Spanish history also added elements to the country's cultural development.The Visigothic Kingdom left a sense of a united Christian Hispania that was going to be welded in the Reconquista. Muslim influences were strong during the period of 711 AD to the 15th century, especially with loan words. The Spanish language, derives directly from Vulgar Latin, and has minor influences from pre-roman languages like barro -mud-, gothic guerra -war-, Arabic and basque Other minorities includes the Jewish population in some cities, but after the defeat of the Muslims during the Christian "Reconquista" (Reconquest) period between 1000 and 1492, Spain became an almost entirely Roman Catholic country. In addition, the history of the nation and its Mediterranean and Atlantic environment have played a significant role in shaping its culture.By the end of the 19th and 20th , the Spaniards made expressions of cultural diversity easier than it had been for the last seven centuries. This occurred at the same period that Spain became increasingly drawn into a diverse international culture.Spain has the second highest number of UNESCO World Heritage Sites in the world, with a total...
Read More