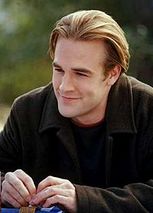 Dawson is the first child and son of Mitch Leery and his college sweetheart, Gail Leery. He was born on March 14, 1983. His three best friends are Joey Potter, the girl across the creek, whom he considers his soulmate, Pacey Witter, Capeside High's class clown, and Jen Lindley, the new girl in town. When the McPhee family arrive in town at the beginning of Season 2, Dawson gains two new friends, Andie McPhee and her brother Jack McPhee. Dawson is joined by a sister, Lily, who is born when he is 18.

An eternal optimist (at least originally), Dawson believes in the good old fashioned values of romance and honesty, and he also believes that you can find all of life's answers in a Steven Spielberg film. He was a keen filmmaker and made several low cost and amateur films, which were entered into film festivals across the country, and in some festivals his films won top prize. He and long-time friend Joey Potter spend much of their time together, often sleeping in Dawson's bed together. However, their relationship complicates as they age and especially with the arrival of New York exile Jen Lindley, who moves in next door to Dawson. He enters into his first relationship with her, but after her ex visits, she dumps him, insisting she needs time for herself.

After this,...
Read More