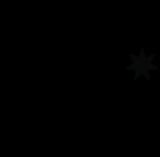 Description:
DC Shoes is an American company that specializes in footwear for extreme sports, skateboarding, snowboarding as well as snowboards, shirts, jeans, hats, and jackets.The company was founded in 1994 by Ken Block and <!-- Damon, Danny's brother, co-founded the company -->Damon Way, and is based in Vista, California. DC originally stood for "Droors Clothing", but since the sale of Droors Clothing (which is now defunct), DC no longer has ties to Droors and is simply DC Shoes.

On March 9, 2004, DC Shoes was acquired by Quiksilver in a $87 Million USD transaction. DC Shoes moved from Vista, California to Quiksilver's headquarters in Huntington Beach in 2010.