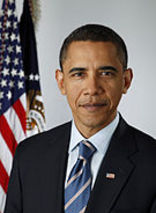 To secure the nomination at the convention, a candidate needed to receive at least 2,117 votes from delegates&mdash;a simple majority of the 4,233 delegate votes, including half-votes from American Samoa, Guam, the United States Virgin Islands, and Democrats Abroad. However, this total included votes from so-called superdelegates (party leaders and elected officials), and the race was complicated by a controversy over the scheduling of the Michigan and Florida state primaries, which had been scheduled earlier than party rules permitted. Due to a close race between Senators Barack Obama and Hillary Rodham Clinton, the contest remained competitive for longer than expected, and neither candidate received enough delegates from state primary races and caucuses to achieve a majority without superdelegate votes.

Although Obama led Clinton in delegates won through state contests, Clinton claimed the popular vote lead as she had more actual votes from the state contests. However, this total included Michigan and...
Read More