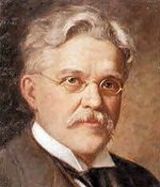 Description:
Denfeld High School is one of three high schools in Duluth, Minnesota, along with Central and East. Serving over 1000 students from grades nine to twelve, Denfeld High School has become a West Duluth landmark. The school is known for its architecture, including a historic auditorium and a 120-foot clock tower visible from Grand Avenue. As part of the Duluth Public Schools Long Range Facilities Plan, Denfeld is currently in a transition period which will include a merger with Central High School.

The home of the Hunters, Denfeld High School was known as Irving High School when it opened for classes on 11 September 1905. It was later called Duluth Industrial High School. When the school moved into today's MacArthur West school building at 725 North Central Avenue in 1915, its name was changed to honor Robert E. Denfeld, superintendent of Duluth schools from 1885 to 1916. During his tenure, the number of schools in Duluth increased from seven to 34. Denfeld was instrumental in the creation of a two-year program to train teachers which eventually grew to become the University of Minnesota Duluth.

The current building was constructed in red brick and limestone at a cost of $1,250,000 and opened in September 1926. Duluth architects Abraham Holstead and W.J. Sullivan designed the H-shaped English Gothic style building which features medieval carvings by Duluth master stone carver George Thrana. Thrana came to Duluth in 1889 from Norway where he was trained as a stone...
Read More