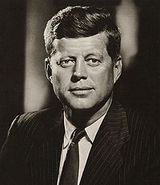 Dictabelt Evidence Relating To The Assassination Of John F. Kennedy

Dictabelt evidence relating to the assassination of John F. Kennedy

Description:
The Dictabelt evidence relating to the assassination of John F. Kennedy comes from a Dictabelt recording from a microphone stuck in the open position on a motorcycle police officer's radio when John F. Kennedy, 35th President of the United States was assassinated in Dallas, Texas on November 22, 1963. Many aspects of his assassination have been investigated, and the less well-known recording, made by a then-common Dictaphone dictation machine that recorded sounds in grooves pressed into a thin celluloid belt, gained prominence among Kennedy assassination conspiracy theorists starting in 1978.

The recording was made from Dallas police radio channel 1, which carried routine police radio traffic (channel 2 was reserved for special events, such as the presidential motorcade). The open-microphone portion of the recording lasts 5.5 minutes, and begins about 12:29 p.m. local time, about a minute before the assassination at 12:30 p.m.In addition, there are two earlier open-mic portions of the recording, at 12:24 p.m. (4.5 seconds) and 12:28 p.m. (17 seconds). J. C. Bowles, , 1979."Reexamination of Acoustic Evidence in the Kennedy Assassination," Committee on Ballistic Acoustics, National Research Council, SCIENCE, 8 October 1982,...
Read More