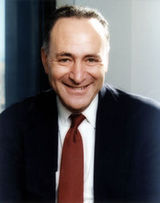 Description:
The DP World controversy began in February 2006 and rose to prominence as a national security debate in the United States. At issue was the sale of port management businesses in six major U.S. seaports to a company based in the United Arab Emirates (UAE), and whether such a sale would compromise port security.

The controversy pertained to management contracts of six major United States ports. The purchaser was DP World (DPW), a state-owned company in the UAE. The contracts had already been foreign-owned, by Peninsular and Oriental Steam Navigation Company (P&O), a British firm taken over by DPW (completed in March 2006). Although the sale was approved by the executive branch of the United States Government, various United States political figures argued that the takeover would compromise U.S. port security.

U.S. President George W. Bush argued vigorously for the approval of the deal, claiming that the delay sends the wrong message to U.S. allies. Legislation was introduced to the United States Congress to delay the sale.

DP World is a company owned by the government of Dubai in the United Arab Emirates, via a holding company. This holding company is under the direct control of the ruler of Dubai, Sheikh Mohammed bin Rashid Al Maktoum, who is also the prime minister of the UAE.

In mid-October 2005, DP World approached the Committee on Foreign Investment in the United States (CFIUS) to clear regulatory hurdles for a possible acquisition of the...
Read More