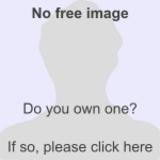 Edson Silva signed for Tottenham Hotspur F.C. from PSV Eindhoven shortly before the 2004/05 season got underway. Tottenham's Sporting Director Frank Arnesen had signed him for PSV after spotting him playing for Portugal's youth teams. The attacking midfielder signed a one-year deal with an option to extend that at the end of the season.

Unfortunately, he did not reach the first team and left Spurs in January 2005 to join Den Haag. After scoring 3 goals for Den Haag, Egyptian side Zamalek signed him.

There he played only in 5 matches and after an unfortune season, Potuguese club Maritimo decided to sign him for a fee that extended to 230,000 $.

In the beginning of 2007 he was signed by Romanian Liga I side UTA Arad. After the 2008 season and relegation with UTA,he then left Romania and trained with Finnish Veikkausliiga club TPS Turku., he then returned to Romania and signed a contract with Ceahlaul Piatra Neamt.

He is married to a girl from Switzerland from which he has 3 children.