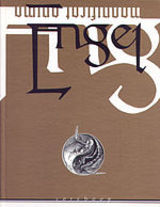 Description:
Engel (German for angel or angels) is a role-playing game. The original German version uses a rule system in which the Gamemaster and players draw associative, tarot-like cards instead of rolling dice to determine the outcome of an event (this system is called the Arcana system in the original German version). The English version of "Engel" does not include the Arcana system at all; it is based on the d20 System instead. The German version includes d20 rules in addition to the Arcana system. The game has been published by the German publisher Feder&Schwert (translates: "Feather&Sword"), who also published the World of Darkness RPG series in Germany and are now publishing the Dungeons & Dragons series.

In the flooded, quasi-medieval Europe of 2654, massive islands are the domains of the orders of the Angelitic Church. The Engel, seemingly the angels of Judeo-Christian belief, patrol the skies from their fortresslike Heavens, ceaselessly striving to defend the people of Europe against the hordes of the verminous . The eternally youthful Pontifex Maximus in Roma Æterna, in Italy, presides over a bureaucratic and autocratic church, having combined religious and secular power into a perfectly integrated whole. Within its dominion, dark riders take a tithe of every village's children for the unknown purposes of the church. Many of the cities have broken away from the direct command of the Church, coming under the sway of Junklords...
Read More