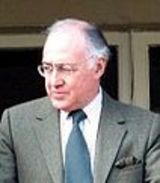 Description:
Gibraltar's first participation in the elections to the European Parliament were held on 10 June 2004 as part of Europe-wide elections. Although part of the European Union, Gibraltar had never before voted in European Parliamentary elections, in part due to its small electorate of just over 20,000 which would cause Gibraltar to be over-represented by about 30 times if even a single seat were to be assigned.

Spain took a complaint about Gibraltar participating in EU elections to the European Union’s high court, but their case was unsuccessful.

None of the main Gibraltar political parties contested the election, so voters chose from United Kingdom party lists. However, Lyana Armstrong-Emery of the small Reform Party had a place on a joint list with the Green Party.

The Conservative Party polled over two thirds of the Gibraltar vote, with no other party exceeding 10% support. This was to a large part due to the perception that the Labour Government in Britain had "betrayed" Gibraltar by attempting to negotiate a constitutional settlement involving joint sovereignty with Spain. This arrangement was rejected overwhelmingly by Gibraltarians in the...
Read More