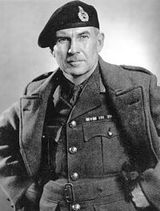 Worthy 's military career began, somewhat unofficially, as a mercenary. He served in the Nicaraguan Army in the war against San Salvador and Honduras, but when the Nicaraguan Republican government fell, the army dissolved and Worthy left the country to avoid capture. He later found work sailing on cargo steamers.

The life of a mercenary was appealing to Worthy, and he soon found himself back in the thick of things, this time gunrunning to Cuba for which he was imprisoned in Cuba in 1908. In 1913, Worthy fought on the side of Francisco Madero in the Mexican Civil war against the Dias government. His war service was short lived however, as he was wounded in a battle.

Worthington served in the Canadian Machine Gun Corps in 1917. He was awarded the Military Medal for actions near Vimy Ridge, on 6 January 1917 for holding his position during a German advance.

After the First World War, he was a proponent of adopting armoured fighting vehicles. As a captain, Worthington took an eight-month course in the Canadian Armoured Fighting Vehicle School at Camp Borden in 1930, equipped with twelve Carden Loyd machine gun carriers. In 1936, then Major Worthington became an instructor at the Royal Tank School in Bovington Camp near Dorset, England, returning to...
Read More