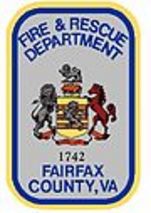 As part of the Northern Virginia regional response system, Fairfax County Fire and Rescue is labeled number 4 in the 800&nbsp;MHz trunked radio system. All FCFR units begin with 4 followed by the station number. For example, the engine from station 4 is Engine 404, and the tower-ladder from station 36 is Tower 436. During an emergency that would require a response from multiple agencies, dispatchers are quickly able to identify what county a particular piece of apparatus came from.

FCFRD is one of the most highly funded departments (per capita) in the nation, and is able to supply its employees with the most advanced technology available. As of January 1-2007, the department had an...
Read More