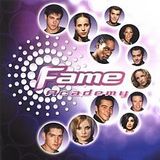 Description:
The first series of Fame Academy, a BBC reality talent search, was first broadcast in the UK over ten weeks in October - December 2002. It was won by David Sneddon. The live shows were presented by Cat Deeley and Patrick Kielty.

On the Tuesday of each week, the teachers would gather the contestants, and inform them of their progress. The contestant who had impressed the judges the most over the previous week would be named the "Grade A student," and would be guaranteed a solo performance at the following live show. The three contestants who the judges felt were performing the worst would be put on probation, and would have to sing for survival live on Friday night on BBC One, in order to fight for their place in the Academy. When applicable, the contestants who were neither on probation, or the Grade A students would team up for the live show, performing as groups, or on occasion in duets. Although they were safe from elimination, their performances in their groups weighed heavily on the teachers decision on who to put up for probation in the following week.

Following all of the performances...
Read More