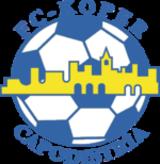 Description:
FC Koper is a Slovenian football club, playing in the town of Koper. The club is one of only three football clubs in the country, the others being Maribor and former Olimpija, that won all three domestic competitions (League, Cup, Supercup). The team plays its matches on Bonifika stadium that was built in 2010 and has a capacity of 4,010 seats. Currently the club competes under the name FC Luka Koper due to sponsorship deal with the Port of Koper, Luka Koper.

From the records, it appears that football in Koper was played as early as in the 1920s, but officially, the club took the name NK Koper in the year 1955, when it was formed by the merger of two football teams: Aurora and Meduza. The club played under this name in different Yugoslavian leagues until 1991 and was one of the most successful Slovenian clubs. After Slovenia became independent, the club started to play in the 1.SNL and 2.SNL. At the beginning of the 1990s, the club was achieving mid-table success. By the end of the 1990s, the club had been relegated to the second division twice, had serious financial problems and renamed itself to FC Koper, thereby avoiding the necessity of paying off its debts. With the advent of the new millennium, FC Koper consistently achieved positions in the upper half of the table (achieving third place in the 2001–2002 season, its highest since Slovenian independence). In the 2003–2004 season, they were playing in a European competition for the first time since 1991:...
Read More