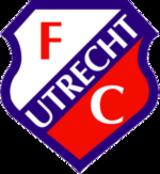 Description:
FC Utrecht () is a Dutch football club founded on 1 July 1970 and based in the city of Utrecht. The club's colours are red and white.

FC Utrecht came into being in 1970 as a merger of three clubs from the city of Utrecht: DOS, Elinkwijk and Velox.

It featured in the UEFA Cup in the 1980s several times but suffered a downturn in fortunes after 1991 and had to wait for a further ten years to play European football again.

Erwin Koeman is the current manager of the team with Jan Wouters as his assistant. Foeke Booy, the previous manager who led the team to two cup titles and a Johan Cruijff Shield, is now the technical director.

On 2 April 2008 it was announced that former owner of Mammoet, Van Seumeren, has taken over 51% of the shares of FC Utrecht. This makes Utrecht the...
Read More