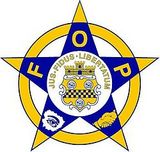 The FOP has some characteristics of a trade union, although it is not described as such and labels itself a "full service member representation organization." It lobbies Congress and regulatory agencies on behalf of law enforcement officers, provides labor representation, promotes legal defense for officers, and offers resources such as legal research. It also sponsors charities such as Easter Seals, Special Olympics, memorials for fallen officers, and support programs for spouses and family members of police officers.

The Fraternal Order of Police was founded in 1915 by two Pittsburgh, Pennsylvania patrol officers, Martin Toole and Aaron Burns. They and 21...
Read More