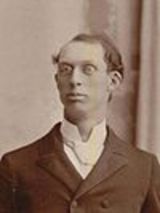 Born in Salt Lake City, Utah Territory, Smith was one of nineteen children of Mormon apostle John Henry Smith and one of his plural wives, Sarah Farr. His grandfather, for whom he was named, was also an LDS Church apostle as well as a cousin of Church founder Joseph Smith, Jr. John Henry Smith and George Albert Smith are the only father and son pair to have been members of the Quorum of the Twelve at the same time, having served in the Quorum together between 1903 and 1910.

Smith attended high school at Brigham Young Academy, graduating in 1884. He next graduated from the University of Deseret (later the University of Utah) in 1888. In 1896, he had joined the Republican Party and campaigned for William McKinley, who became President of the United States. He also favored Theodore Roosevelt, McKinley's successor.

While surveying for a railroad as a young man, Smith's eyesight was permanently impaired by glare from the sun. After 1903, Smith found his frequent travels debilitating, and began to show prominent symptoms of physical weakness. He was eventually diagnosed with lupus erythematosus, a chronic debilitating autoimmune disease.