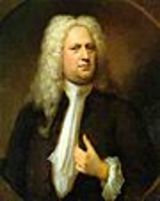 German Migration To The United Kingdom

German migration to the United Kingdom

Description:
German migration to the United Kingdom has been taking place for hundreds of years. Today, there are many Germans living in the United Kingdom, and many Britons have German ancestry, including the British royal family. While the German-born are one of the UK's largest foreign-born groups, many are British nationals, rather than German nationals who were born in Germany to British military personnel based there.

Germans have resided in the United Kingdom throughout its history. The Anglo-Saxons were partly from what is now Germany, and created the notion of England as a Germanic country. Likewise, the English language was descended from their dialects. The Anglo-Saxons arrived in what later became England from the 440s. Examples include the Hanseatic merchants of the Middle Ages and also the sixteenth-century Protestant refugees who emigrated to Britain to flee the instability caused by the religious wars following the Reformation. By the end of the seventeenth century, a significant German community had developed, consisting mostly of businessmen, mainly from Hamburg; sugar bakers and other economic migrants.

In 1709-1710, thousands of Germans from the Palatinate, which had been invaded by French forces and suffered a severe winter, also migrated to England. Queen Anne's government had invited them, with the plan to settle Germans in the North American colonies. Some stayed in the London area. In 1714, George I, a German-speaking Hanover prince of mixed British...
Read More